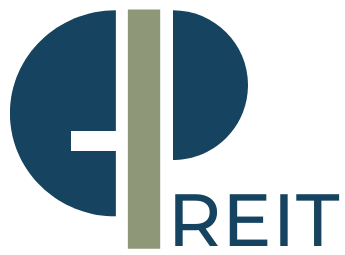 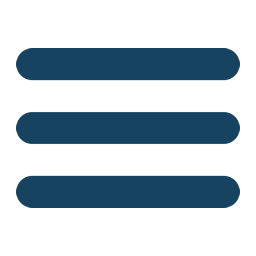 "By focusing on adding additional assets to grow the portfolio, we are confident our results will continue to trend in a positive direction," said founder and CEO David Sobelman. "Through the consistent guidance from both our Board and leadership, we will strive to provide strong growth for our shareholders."

During the twelve-month periods ending December 31, 2020 and 2019, we incurred total expenses of approximately $4.9 million and $2.7 million, respectively.

During the twelve-month periods ended December 31, 2020 and 2019, general, administrative and organizational costs ("GAO") was $919 thousand for 2020 and $937 thousand for 2019. The $18 thousand decrease in expenses is due in part to a $220 thousand decrease in a non-cash expense (issuance of 15,299 shares to an underwriter) for consulting services in the prior year and a $81 thousand decrease in legal fees as the result of lower costs associated with applying to be quoted on the OTCQB Venture Market offset in part by increased accounting and auditing fees of $163 thousand, insurance costs of 77 thousand and a $43 thousand increase of other expenses.

During the twelve-month periods ended December 31, 2020 and 2019, we incurred building expenses of approximately $711 thousand and $266 thousand, respectively. The increase is due to the additional properties which were owned for a full twelve months in 2020 versus only three months in 2019. The majority of these expenses were reimbursed by the tenant.

During the twelve-month periods ended December 31, 2020 and 2019, we incurred depreciation and amortization expense of approximately $1.5 million and $666 thousand, respectively. The increase in depreciation expense is due to twelve months of activity for three properties acquired during 2019.

During the twelve-month periods ended December 31, 2020 and 2019, we incurred interest expense on debt and the amortization of debt issuance costs of approximately $1.4 million and $683 thousand, respectively. The increase in interest expense incurred is primarily the result of increased debt primarily associated with the additional properties purchased in 2019 and 2020.

For the twelve months ended December 31, 2019, we agreed to pay a $85,000 settlement to a developer to terminate an agreement which had allowed for the opportunity to develop single-tenant, net lease buildings throughout the U.S. over the next several years. The Company decided to terminate this agreement due to the inability to agree to terms on the development of individual locations.

We did not record an income tax benefit for the twelve-months ended December 31, 2020 or 2019 because we have been in a net loss situation since inception and have recorded a valuation allowance to offset any tax benefits generated by the operating losses.

During the twelve-month periods ended December 31, 2020 and 2019, we generated a net loss attributable to our shareholders of approximately $1.8 million versus a net loss of $1.5 million, respectively.

Core FFO for the twelve months ended December 31, 2020 and 2019 was $285 thousand and negative $283 thousand, respectively; a $568 thousand improvement over the prior year comparable period. Core FFO is a non-GAAP financial measure. A reconciliation of Core FFO to GAAP net income is included in the schedules attached hereto.

On February 26, 2021, our board of directors authorized a $.325 per share cash distribution for shareholders of record of the Company's common stock as of March 15, 2021. David Sobelman, our president, founder and owner of approximately 39% of the Company's common stock outstanding as of the record date, waived his right to receive a distribution for this period. The Company will also pay the Non-Controlling Redeemable Interest in the Operating Partnership $.325 per unit.

Additional information about Generation Income Properties, Inc. can be found at the Company's corporate website: www.gipreit.com.

Our reported results are presented in accordance with GAAP. We also disclose funds from operations (FFO) and adjusted funds from operations (AFFO) both of which are non-GAAP financial measures. We believe these two non-GAAP financial measures are useful to investors because they are widely accepted industry measures used by analysts and investors to compare the operating performance of REITs.

FFO and AFFO do not represent cash generated from operating activities and are not necessarily indicative of cash available to fund cash requirements; accordingly, they should not be considered alternatives to net income as a performance measure or cash flows from operations as reported on our statement of cash flows as a liquidity measure and should be considered in addition to, and not in lieu of, GAAP financial measures.

We compute FFO in accordance with the definition adopted by the Board of Governors of the National Association of Real Estate Investment Trusts, or NAREIT. NAREIT defines FFO as GAAP net income or loss adjusted to exclude extraordinary items (as defined by GAAP), net gain or loss from sales of depreciable real estate assets, impairment write-downs associated with depreciable real estate assets and real estate related depreciation and amortization, including the pro rata share of such adjustments of unconsolidated subsidiaries. To derive AFFO, we modify the NAREIT computation of FFO to include other adjustments to GAAP net income related to non-cash revenues and expenses such as amortization of deferred financing costs, amortization of capitalized lease incentives, above- and below-market lease related intangibles, non-cash stock compensation, and non-cash compensation. Such items may cause short-term fluctuations in net income but have no impact on operating cash flows or long-term operating performance. We use AFFO as one measure of our performance when we formulate corporate goals.

FFO is used by management, investors and analysts to facilitate meaningful comparisons of operating performance between periods and among our peers primarily because it excludes the effect of real estate depreciation and amortization and net gains on sales, which are based on historical costs and implicitly assume that the value of real estate diminishes predictably over time, rather than fluctuating based on existing market conditions. We believe that AFFO is an additional useful supplemental measure for investors to consider because it will help them to better assess our operating performance without the distortions created by other non-cash revenues or expenses. FFO and AFFO may not be comparable to similarly titled measures employed by other companies.

We also use Core FFO and Core AFFO to adjust for non-capitalized costs incurred by the Company in relation to initial public company status and costs incurred with up-listing to Nasdaq. These costs will typically include non-cash stock compensation, consulting fees to investment banks, consultants for advice for public company status, non-recurring litigation expenses and distribution on redeemable non-controlling interest OP Units. Core FFO and Core AFFO may not be comparable to similarly titled measures employed by other companies.

The following table reconciles net income (which we believe is the most comparable GAAP measure) to FFO and AFFO:

We keep a generational outlook in mind. It all starts with a conversation. Let's talk.

Acquiring and managing a diversified portfolio 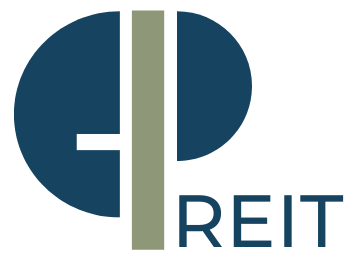